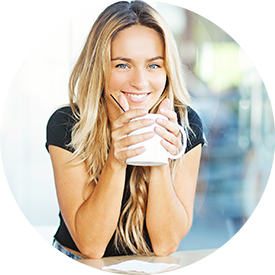 Alliance Ob/Gyn provides diagnostic testing to diagnose polycystic ovarian syndrome (PCOS).   Your doctor will talk to you about your medical history, and perform the appropriate physical, blood, pelvic and/or ultrasound tests.

The word “syndrome” simply refers to the various signs and symptoms. It does not refer to underlying cause of the disease. Various disease processes can mimic PCOS such as hypothyroidism, late onset congenital adrenal hyperplasia, and various adrenal or testosterone secreting tumors.

Insulin resistance has been found to be a leading cause of PCOS. To understand insulin resistance one has to understand how insulin functions normally. Insulin is a hormone which is secreted by an abdominal organ called the pancreas. The pancreas normally secretes approximately 20 units of insulin a day to maintain a normal blood glucose level; however, the pancreas has the ability to secrete more insulin if needed. Insulin allows blood sugar to enter the body’s cells. Insulin preferentially allows sugars into fat cells.

The following analogy is a good way to explain insulin resistance.

Imagine my job is to drive a truck around I-285 every day and it takes 20 gallons of gas to drive around I-285, but I have a 50-gallon gas tank. Just as the pancreas’s job is to keep blood sugar normal and it normally takes 20 units of insulin to perform its job. Imagine the pancreas can produce up to 50 units a day. If something is wrong with my truck, it has some dirt in the engine, it’s not running well, it will use more gas to do its job, say, 30 gallons to drive around I-285. Just as if I have insulin resistance, my body is making more insulin, but it is still doing its job to keep my blood glucose normal, thus I don’t have diabetes. Now imagine I had a couple of bales of pine straw in the back of my truck, it weighs more. It will take more gas to get around I-285, say 40 gallons. Just as if I gain weight, my body must produce more insulin to service the rest of the body, but I am still are keeping my blood sugars normal. If I have a little more dirt in my engine or I’m carrying more bales of pine straw it may take 60 gallons of gas to get around I-285. I only have a 50-gallon tank, thus my truck stops on I-20. I don’t do my job, just as insulin resistance is a spectrum of disease which can be mild or be overt diabetes.

How does this cause PCOS? Higher levels insulin directly inhibits the release of eggs from the ovary. Thus it causes infertility and irregular menses. This also causes the ovary to secrete higher levels of androgens (male type hormones) and thus unwanted hair growth. Remember insulin also preferentially stores sugars into fat cells, thus someone who has high levels of insulin and a high carbohydrate diet will become obese.

Insulin resistance can be inherited or acquired. The inherited form is a defect in the insulin receptor or other mechanism of insulin metabolism. The acquired form occurs with obesity. The common scenario is someone who was slowly gaining weight, 3-5 pounds per year, and then suddenly gains weight rapidly. There obesity has pushed them into insulin resistance and they start preferentially storing carbohydrates into fat.  The treatment is to reverse this process with insulin sensitizing drugs such as metformin and a low carbohydrate diet.